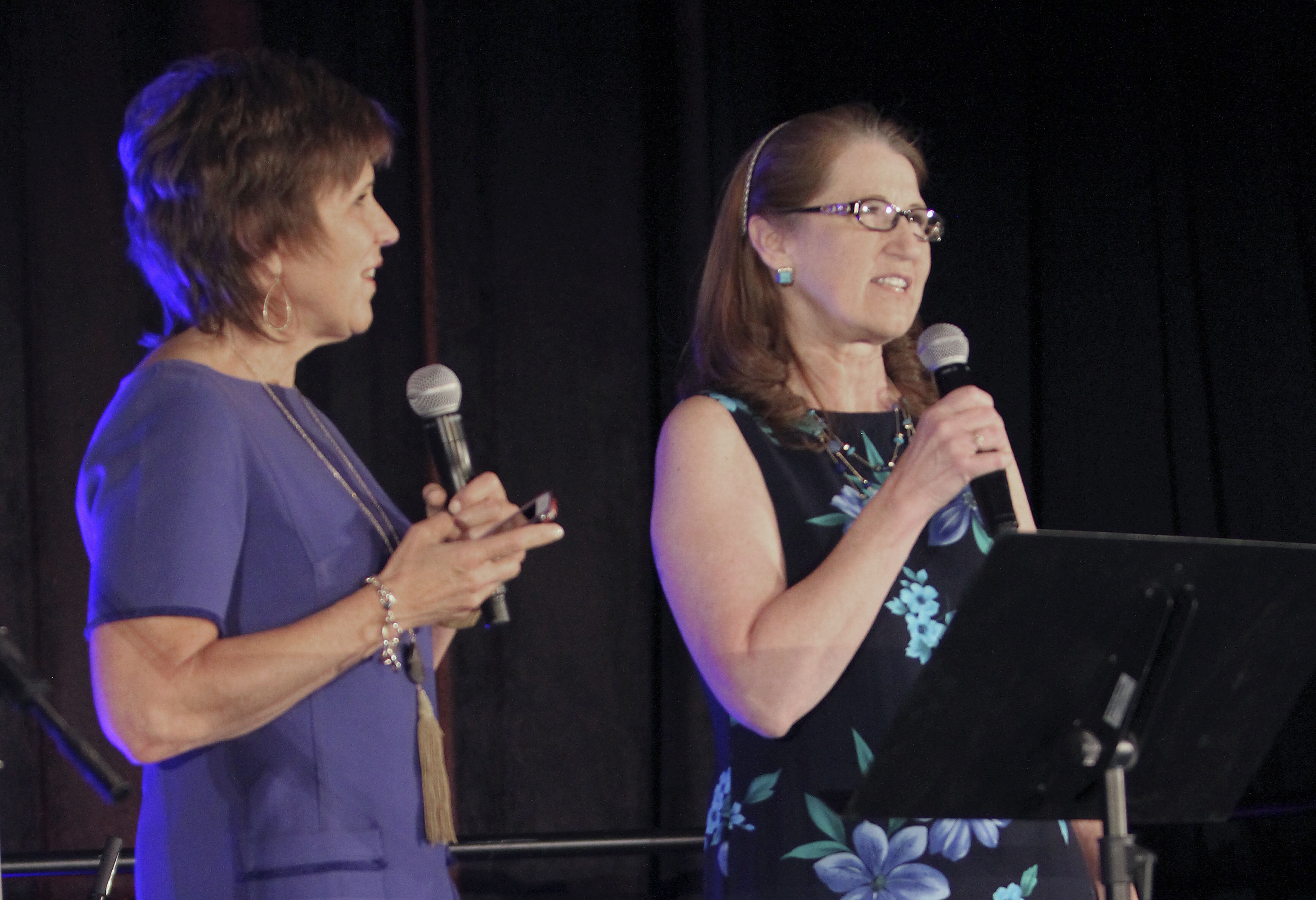 Each year, the Dawson Award recognizes a minister’s wife for making a distinct denominational contribution beyond the local church and for her Christian character and service to others.

The Iorgs, who have been married for more than 35 years, have three grown children and three grandchildren. In addition to being a supportive minister’s wife and mother, Iorg served as a preschool director and teacher at various churches.

At the seminary, Iorg enjoys being a hostess and mentoring and teaching women about the practical aspects of ministry. She has written many articles and is a contributing author in The Christian Homemaker’s Handbook, Ministry in the New Marriage Culture, and various women’s devotionals.

Iorg has a bachelor’s degree in behavioral science from Hardin Simmons University in Abilene, Texas, and a master of arts in educational leadership from Gateway Seminary (formerly Golden Gate Baptist Theological Seminary).

Presenting the award, Kathy Ferguson Litton, the North American Mission Board’s national consultant for ministry to pastors’ wives, asked Iorg how she has been “brave” in her life.

Iorg shared she had feared being in ministry because she feared being in front of crowds. But that fear dissipated, she said, when she learned “ministry is about loving people and helping people.” She noted that “God uses ordinary people like me to showcase His extraordinary power.”

She said she felt comfort in knowing the apostle Paul served “in weakness and in fear and much trembling” (1 Corinthians 2:3), and that “perfect love casts out fear” (1 John 4:18).

Iorg also shared her fear early in her marriage of being at home alone at night when her husband traveled. Psalm 4:8 became her go to verse: “In peace I will both lie down and sleep; for you alone, O Lord, make me dwell in safety.”

She also credited relationships in her life, noting “without them, there’s no way I’d be where I am today.”

The Iorgs recently relocated 400 miles to Southern California from the San Francisco area when the seminary sold its property and purchased a campus in Ontario. In the process, “we ladies prayed, cried and celebrated together,” Iorg shared. “Relationships were key.”

Iorg also noted she draws encouragement to be brave from the many women in the Bible, such as Ruth, Abigail, and Mary, the mother of Jesus. “God has inspired me with their lives as they have gone through incredibly difficult times. Mine seem so little in comparison,” she said.

In addition to its campus in Ontario, Gateway Seminary has an extension center in Phoenix, among other locations.