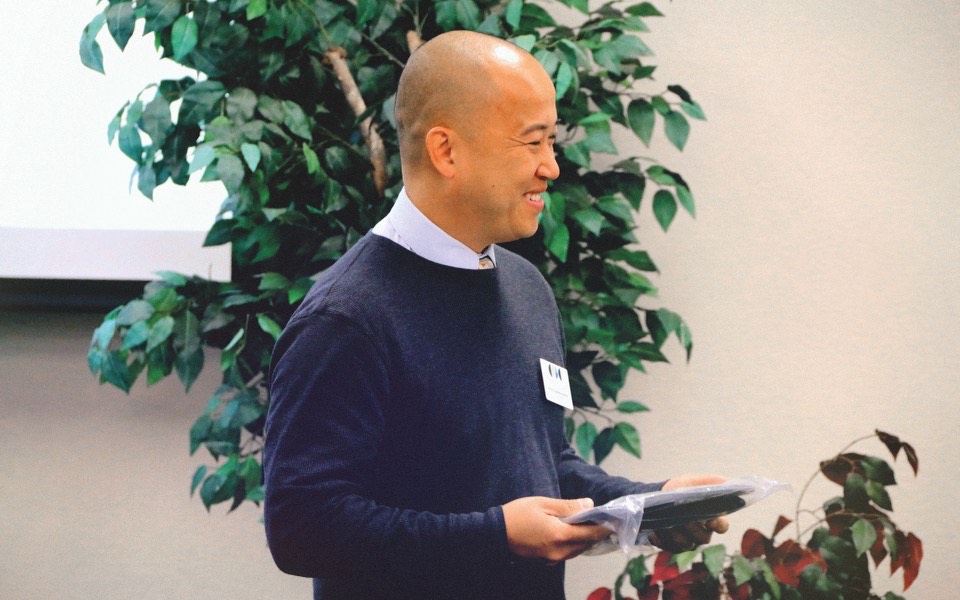 “Sometimes you hear that the state conventions have trouble working with the associations or they have problems working with the national organizations,” Chayasirisobhon said. “So I thought, if God would allow [my election as SBC first vice president], it would be significant to hold these three positions at the same time. If you didn’t believe that they could work together, well essentially they were working together in me.”

Unity looks to be a major theme of Chayasirisobhon’s first vice presidential tenure as he leverages his multiplicity of roles to foster closer cooperation between various components of the Southern Baptist family.

In the first vice presidential election, Chayasirisobhon defeated Mississippi pastor Brad Eubank by a narrow 50.13-49.37 margin. That translated to 26 votes out of 3,413 ballots cast.

Leading up to the convention, Chayasirisobhon had no thought of becoming an officer. But as the Anaheim SBC Annual Meeting approached, he and some of his friends thought a Californian should be nominated for SBC office. Still, he didn’t imagine he would be the nominee. Then friends asked him to run, and Chayasirisobhon began to pray.

“As I prayed about that, I got a peace. So I felt like God was giving me the OK to put my name in the hat,” he said. “I didn’t think He was telling me I would win. Just, ‘Put your name in the hat.’” Now that Chayasirisobhon has been elected, he hopes to “study and navigate” the SBC landscape while helping to bring Southern Baptists together around their mission.

Having one of their own in SBC leadership is significant for California Southern Baptists, Chayasirisobhon said, noting his service will bolster the growing partnership between the CSBC and SBC entities.

Immediate past CSBC executive director Bill Agee “helped set the table so that we could be a good partner” with the SBC, Chayasirisobhon said. Newly elected CSBC executive director Pete Ramirez “is able to build off of that.” There has been “a wonderful evolution of the relationship between the state and national convention. I hope I’m a symbol of that.”

“For many people, I’m the first Asian vice president of the national SBC” that they have known, he said. “It empowers them to start to think about getting involved. I think it makes them proud.”

Ramirez said, “It is significant for California to have a man of integrity like Dr. Chayasirisobhon represent us as the first Vice President. His love for the SBC family is evident by his servant heart. I’m sure he will serve the Lord and this convention with passion and Biblical conviction. I’m grateful for the opportunity to see him in this role.”
Chayasirisobhon’s first vice presidential term will conclude at next June’s SBC annual meeting in New Orleans, where, if tradition holds, he will have an opportunity to preside over America’s largest Protestant denomination.