Ala. vs. Ga.: Post-season play in a postmodern era – California Southern Baptist Convention
Skip to content 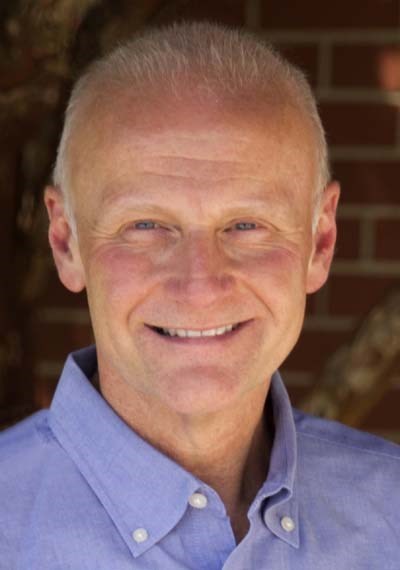 Ala. vs. Ga.: Post-season play in a postmodern era

AUGUSTA, Ga. (BP) — At the risk of adding to the paralysis of analysis (ad infinitum, ad nauseam) following big games, I have found myself captured by a powerful parable I need to examine and express before time passes and the imagery of the Alabama victory fades.

Monday night’s National Championship game between Alabama and Georgia in the College Football Playoffs displayed all the expected traits of the strong, calculated and daring leadership Nick Saban has brought and continues to bring to college football in this era.

Saban is now creating his own new era, having tied Paul “Bear” Bryant’s legendary six championships — and by all evidence he is not ready to throw in the towel. In the heat of post-season play, Saban was willing to do what may be the most unconventional thing — risk the future of his career and the game on a young man who was talented and eager but had little game time or experience with the team. Rather than following the protocol of loyalty by staying with quarterback Jalen Hurts, Saban chose to throw the second half into the hands of freshman Tua Tagovailoa.

Saban didn’t take the risk because he was retiring; he took the risk because he cared passionately about winning. He was not resigning to a better game plan demonstrated by Georgia in the first half; he was leading. And in the risk to lead, Saban proved he had overwhelming and amazing potential to win.

Why am I repeating and rehearsing Monday night’s game? I believe there are parallels we can learn from and apply to a winning ministry.

In football, I’ve often heard, “Do what we’ve done all year. Stay with the plan and those who got us here.” In baseball, “Don’t change the lineup or take out the pitcher.” When the predictable happens, we often lose. Post-season play requires risks and actions that don’t fit the regular season plan.

Whenever big wins occur, big risks often are the key.

I believe the easiest way to lose in ministry is to quit leading your ministry, rest on your laurels, do what you’ve always done, hope for the best.

For us as pastors and leaders, it’s time to take a risk on a generation who have little game time but are willing and able to be “all in.” This means taking a risk on players whose backgrounds are diverse, whose names you can’t pronounce (Tongue-oh-vie-loa), but players who can get a job done that benefits the team, not just the record book.

As a pastor, I’m certainly not saying this because I’m ready to retire or throw in the towel (though I’m beyond the second half and clearly in the fourth quarter of my game). I’m saying this because I believe the post-Christian era is going to require impact through some talented yet inexperienced game changers who need someone to say, “Take the ball. Go make the play.”

I recently read about a Barna study, “The State of Pastors 2017,” and found myself concerned about the trend of churches toward an aging ministry in an emerging generation. I’m not saying that maturity doesn’t matter. It does. But like Paul and Timothy, the intentionality of engagement and development may be our most strategic path forward in order to see our churches strengthened and increased in numbers daily (Acts 16:5).

On Monday night, the instruction to take-the-ball-and-go-make-the-play was not limited to the Saban playbook, but the Kirby Smart playbook as well.

Jake Fromm, the quarterback for Georgia, is an incredible young athlete with a bright future (just needs his pastor to get behind him! (See article in Baptist Press). Fromm, like Tua Tagovailoa, is a Christ-follower, and both of these young men have been willing to stand on the biggest platform of college sports to give glory and honor to the name of Jesus Christ.

In an arena where the name of Christ is disrespected and disregarded (universities, sports franchises, public displays), these men are bold and courageous to declare and affirm their allegiance and service to the name of Jesus. When I witness this, I understand and believe this post-Christian era needs seasoned leaders who are willing to take great risks on an emerging generation.

If you are young and eager, get ready! What happened on Monday night wasn’t a fluke of fate; it was the result of young men’s spiritual and physical preparation for a big game.

Tua — not knowing he would take a snap, experience a sack or save the game — was reliable, responsible and ready. Like young Timothy, he let no one “despise [his] youth, but set the believers an example in speech, in conduct, in love, in faith, in purity” (1 Timothy 4:12).

In the end, the aim of our effort is that the name of Jesus be glorified, His kingdom be extended and His will be accomplished on earth as it is in heaven. For me, it is not about records; it is about wins for the Kingdom. I want to keep leading, risking and winning until the clock runs out.