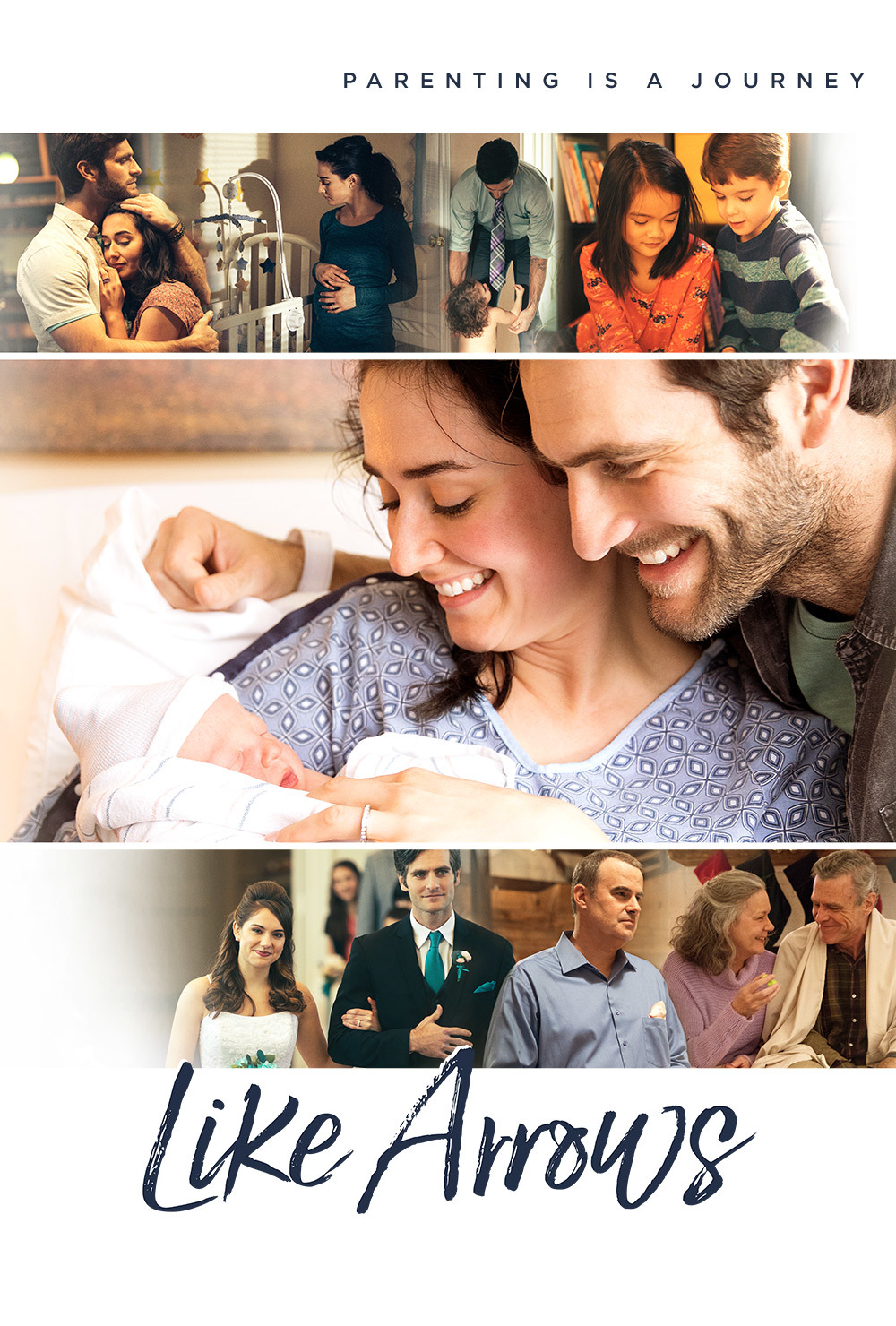 LITTLE ROCK, Ark. (BP) — Filmmaker Alex Kendrick has directed or produced five films during his career, but none had the challenges that his latest one, “Like Arrows,” brought.

The film, to be shown in select theaters [May] and May 3 with DVD release later this year, follows the life of a married couple for 50 years as they experience the ups and downs of parenting.

Moviegoers will see the couple getting engaged, then having their first child followed by more children and eventually seeing that first child off to college. Along the way, the couple learn the errors in their parenting strategy and opt to have a Christ-centered home. The film ends with their 50th wedding anniversary.

“We had never done anything that covers that kind of time span before,” said Kendrick, the director whose credits include “War Room” and “Courageous.”

Like Arrows is being released by FamilyLife, a longstanding family ministry based in Little Rock, Ark. Alex Kendrick and his brother Stephen serve as executive producers alongside FamilyLife’s Dennis and Barbara Rainey and Bob Lepine. Kevin Peeples is the director.

The film is part of a new FamilyLife parenting initiative, the “Art of Parenting,” which will include free online videos.

A movie trailer, ticket information and Art of Parenting resources are available at familylife.com.

The Baptist Messenger of Oklahoma spoke with Alex Kendrick. Following is a transcript, edited for clarity:

Question: Tell us about the title, Like Arrows. The film also references arrows throughout the story.

Kendrick: In the book of [Psalms], it talks about how children are like arrows in a man’s quiver. And blessed is the man whose quiver is full of them. A craftsman crafting an arrow wants it to be sharp, wants it to be straight, wants it to fly where he’s aiming. An arrow goes much further than a warrior can go. And an arrow can accomplish more at a distance than a warrior can. And in many ways, that’s what we’re doing as parents. We’re shooting our arrows into a future generation that we may not see.

Question: The theme of redemption and grace is prominent in the film, as we see several characters recover from mistakes — the parents get pregnant out of wedlock, the father later regrets being too focused on his work, and so forth. Why was the theme of grace and redemption so important?

Kendrick: There are no perfect parents and neither are there perfect children and families in this culture. And this young couple in the film that goes into parenting defaults to what the world teaches about parenting. And they begin going down that path and using the world’s principles for their first child or two. And they begin to realize that — wow — this is not bearing the fruit we had hoped. And when they begin applying biblical principles, you see a marked difference. But it doesn’t mean that there’s no hope for your first children. And so they learn in the film, even though their first child turns out to be a prodigal, that you still love, you still pray, you still hope.

Question: This film spans 50 years in the lives of the parents. Was that challenging or even exciting to tackle as a filmmaker?

Kendrick: It was a daunting task. We had never done anything that covers that kind of time span before. So we talked back and forth about: Do you need the same actors for every section or can we can we recast certain sections? Of course, you have to recast kids as they grow, but we were able to use the same couple up until the 50th anniversary, and of course by then you’d have to have a different actor and actress that would be appropriate for that age. It’s easy to follow and it turned out to be a very interesting and enjoyable journey of filmmaking for us.