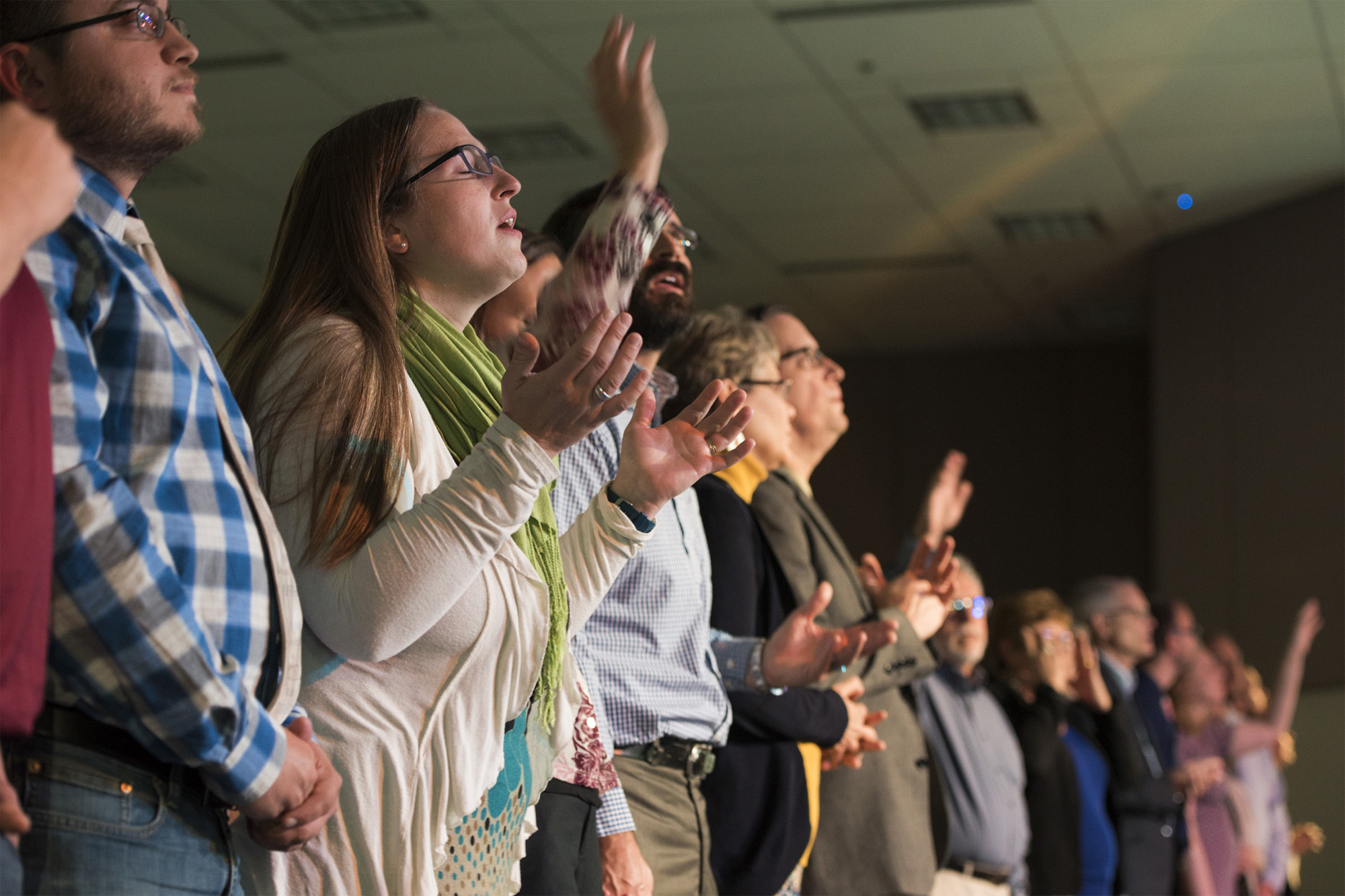 RICHMOND, Va. (BP) — Bob and Melanee Gallina invested 18 years in leading The Church at Green Hills in La Habra, Calif. They lived in a comfortable house that was a home base for their children, who are missionaries overseas. After retirement, the couple noted, they planned to serve overseas themselves.

But then they felt God prompting them to consider, “Why wait until you retire? Why not now?” Now the church they once led is sending them through the International Mission Board to take the Gospel of Jesus Christ to American peoples.

The Gallinas were among 50 new Southern Baptist missionaries appointed through the International Mission Board Nov. 10 near Richmond, Va.

The celebration highlighted ways God transforms personal experience into a willingness to make disciples and multiply churches among unreached peoples and places for the glory of God. Lily Llambes’ appointment is a long way from her history involved in voodoo, to the point of almost being personally sacrificed in a ritual. She heard the Gospel on TV and surrendered her life to Christ.

Lily and her husband Carlos joined Iglesia Bautista Estrella de Belen in Hialeah, Fla., where they were discipled. Lily was involved in Woman’s Missionary Union and prayed for four years that God would call Carlos to missions, as God had called her. He did, and the couple will share the Gospel in Mexico City, “grateful to God, IMB and the Lottie Moon Offering.”

When she was 19, Jamie Schilt said, she was “jaded toward the Gospel and indifferent to the resurrection.” But “God brought my dead heart to life. Now, I celebrate the resurrection of my Lord every Sunday and long to see the nations do the same!”

Schilt and her husband Chris are being sent by Relevant Worship Church in Claremore, Okla., to partner with a team in Malawi, Africa, to plant churches, train pastors and gather worshippers among the nations.

“Why are you going? Why are you uprooting your lives, giving away your possessions, altering your future to move to difficult, even dangerous, places in the world?” IMB President David Platt asked the new missionaries.

“Why?” is a really important question, Platt said. The answer can be found in 1 Corinthians 15. In the passage, Paul is willingly walking into difficulty and danger for the spread of the Gospel in the world. The first reason, Platt said, is because death is coming (1 Cor. 15:20-22).

Followers of Christ go to share the Gospel because others’ death is coming, too. “Here’s why it makes sense to go and live your life and lead your family into great risk in another part of the world: because those 2.8 billion people who haven’t heard the Gospel, they’re not guaranteed tomorrow either,” Platt said.

“The second reason we go is because the resurrection is real,” Platt noted, reading 1 Cor. 15:3-8. Christ’s resurrection, he said, is “crazy good. It’s the greatest news in all the world: death has been defeated! … Because Jesus was raised from the dead, risk-taking, death-defying missions in difficult, dangerous-to-reach places is to be envied in this world.”

The Bible gives an outline of history in the passage, and Christian believers go to share the Gospel because of where all history is headed, Platt said.

“All of history is headed toward the day when Christ will put all His enemies under His feet, and we will join with men and women from every nation, tribe, tongue and people to enjoy and exalt Him forever in a new heaven and new earth where there is no more sin, sorrow, or suffering,” he said. “Let’s lead the church for that day. Let’s live and die for that day.”

“Let me be crystal clear,” Platt told Southern Baptists during IMB’s report to the Southern Baptist Convention in June, “the IMB is still going to send full-time, fully funded career missionaries just like we’ve always sent. They are the priceless, precious, critical core of our mission force.”

Those career missionaries, he noted, will be surrounded with professionals, students, retirees and others who collectively show that global mission “is not just for a select few people in the church, but for multitudes of Spirit-filled men and women across the church.”

The 50 new missionaries are able to go through the sending of all kinds of churches — such as Three Wooden Crosses Cowboy Church in Augusta, Kan., or Imago Dei Church in Raleigh, N.C., among dozens of others. Churches interested in learning how they can partner with IMB to send their members on mission can visit IMB.org/send. To learn more about personal pathways of service, including students, retirees and professionals, visit IMB.org/sendme.