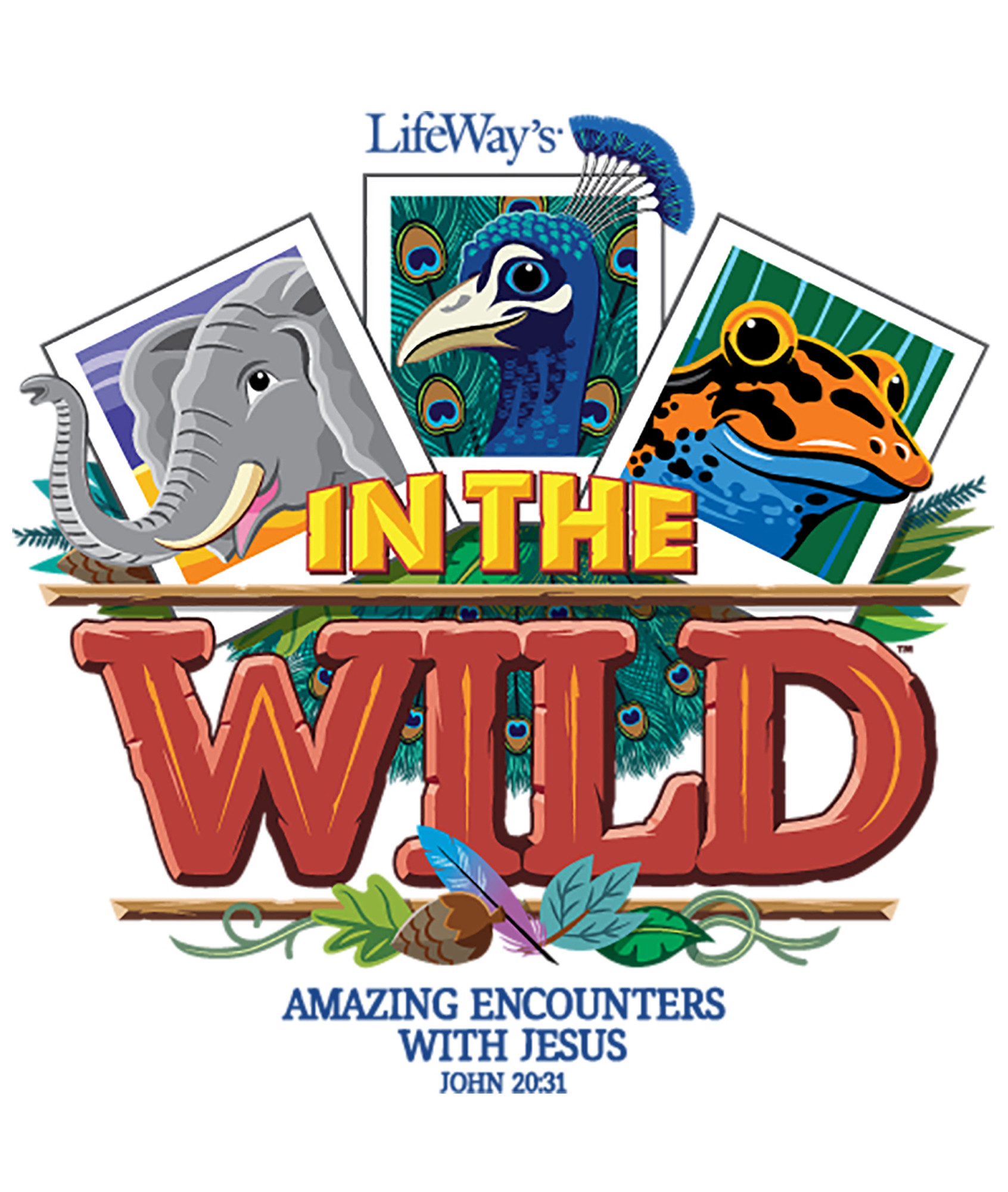 NASHVILLE (BP) — Next summer, kids will seek animals in rainforests, grasslands, frozen tundra and even the Rocky Mountains with “In the Wild,” the 2019 Vacation Bible School theme from LifeWay Christian Resources.

In the Wild will have kids embark as photographers seeking to snap pictures in settings decorated to mimic animals’ natural habitats. Along the way, kids will also learn about real-life encounters people had with Jesus and discover how biblical snapshots of the Savior provide an opportunity to respond to the Gospel.

“This is going to be such a fun theme,” said Melita Thomas, VBS specialist for LifeWay. “It’s a photo scavenger hunt in the wild where it’s possible to see absolutely anything.”

As kids explore different locales on the lookout for wildlife, they’ll also study eyewitness accounts of Jesus from the Gospels — stories to help them zoom in and focus on Christ.

“All of these ‘snapshots’ of Jesus that we see in Scripture were recorded so we might believe Jesus is who He said He is — the Messiah, the Son of God,” Thomas said. “These eyewitness accounts are a strong apologetic — one that kids need to hear.”

VBS remains one of the most popular church programs in America, LifeWay Research shows. Six in 10 Americans say they went to VBS growing up, and 95 percent of parents whose child attended VBS say it provided a positive experience.

In the Wild was revealed through a Facebook Live event on today (June 7). During the reveal, LifeWay also announced locations for 2019 VBS preview events: