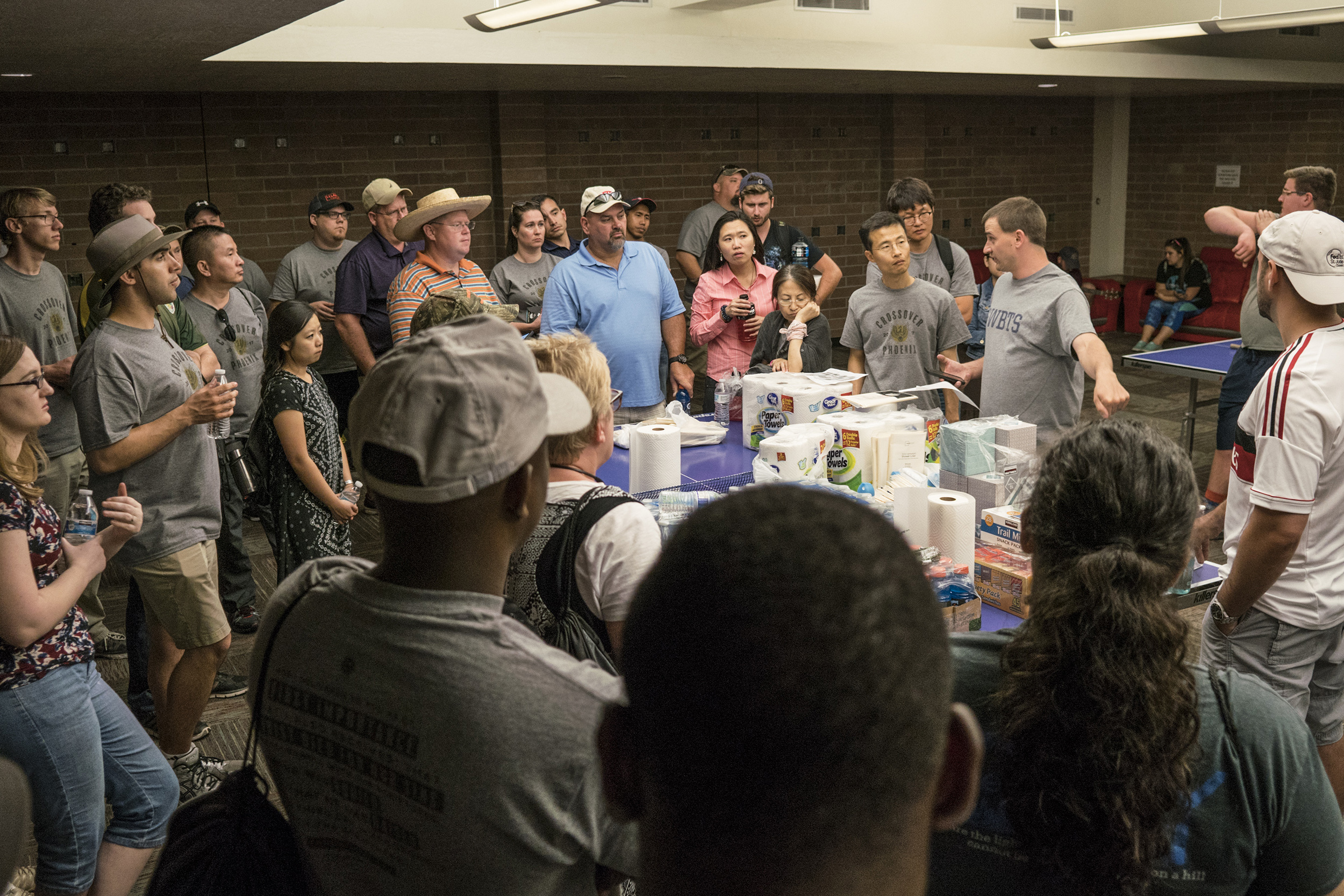 BIRMINGHAM, Ala. (BP) — As Southern Baptists from across the country make plans for the SBC annual meeting in June, they’re also preparing to engage more than 20,000 homes with the Gospel through Crossover activities.

The North American Mission Board and Alabama State Board of Missions will mobilize 400 teams of volunteers to knock on 20,000 doors in the metro Birmingham area on Saturday, June 8, the weekend before the SBC annual meeting.

“This year we have a really simplified approach that will help us make as big of a concentrated push as we can make in one day,” said Joel Southerland of NAMB’s evangelism team. “We already have student pastors bringing students, and pastors who are bringing van loads of volunteers, because it can all be done in one day.”

Teams interested in participating can arrive on Friday night, get trained on Saturday morning, and then go out on the streets to share the Gospel that day, Southerland said.

Johnny Hunt, NAMB vice president of evangelism and a former SBC president, and Bill Fay, author of “Share Jesus without Fear,” will train volunteers on Wednesday, June 5, in how to have Gospel conversations. The training rally, simulcast at other local Alabama Baptist churches, will be held at the Church at Brook Hills.

That same training will be available via video at seven “hub churches” throughout the metro Birmingham area on the morning of June 8.

A hub church in each of seven associations in and around Birmingham will serve as a base of operations on June 8, said Sammy Gilbreath, Alabama Baptists’ state director of evangelism.

Gilbreath noted that Birmingham has a metropolitan population of 1 million people, with 2 million living within 30 minutes of the city.

“I think it’s a great way to do a mission project, even for a one-day project,” Gilbreath said. “They can come in on a Saturday and impact a major metropolitan area that is changing demographically. It gives us the opportunity to present the Gospel to an area that is very unchurched.

“While we have a lot of churches — 3,280 in Alabama Baptist life — there are a lot of people, a huge population in metro Birmingham, that are not connected to any church.”

Gilbreath believes the Crossover activities will be a catalyst for future evangelistic engagement throughout the state as churches get trained in personal evangelism.

“Events offer us opportunities to train,” Gilbreath said. “Not only are we getting the opportunity to knock on 20,000 doors, it’s giving us an event that provides an opportunity to train our own people in the state of Alabama to do this in their own communities.”

Although Gilbreath said they’ll knock on 20,000 doors, he acknowledges that some people won’t be home. When volunteers come to homes where they don’t have an opportunity to share the Gospel, they will drop off a bag with an invitation from the local association to their local churches along with brochures and some kind of Gospel tract.

Crossover also will include a major evangelistic push into the inner city of Birmingham. A NAMB Send Relief mobile health clinic and mobile dental clinic will be set up outside of an inner-city church in a high-poverty area of the city. Evangelistic teams will be at the clinics sharing the Gospel with participants.

As in previous Crossover events, Southern Baptist seminary students will partner with local churches for door-to-door evangelism in Birmingham throughout the week prior to the main outreach and will be a part of the 400 teams blanketing metro Birmingham on June 8.

For three decades in Crossover initiatives, NAMB has partnered with state Baptist conventions and Baptist associations to engage the communities hosting the annual SBC meeting. Last year, a record 4,229 people made professions of faith in Christ through Crossover events in Dallas.

“It’s a really good opportunity,” Southerland reiterated from Gilbreath, “for a pastor or a student pastor to train their church how to witness in their own community.”